With more U.S. states reopening for business this summer, and as people start to return to work, we can expect the economy to begin improving. Most expert forecasts indicate this economic recovery will start to happen in the second half of this year. As we get back to work and the financial landscape of the country begins to turn around, many experts also agree that real estate has the potential to lead the way in the recovery process.

According to Ivy Zelman of Zelman & Associates:

“Housing will fare better than expected during this severe downturn.”

“Overall, the data lend evidence to the NAHB forecast that housing will be a leading sector in an eventual economic recovery.”

One of the big reasons why housing has the potential to be such a driving force is the significant impact it has on the local economy. This impact is particularly strong when a newly constructed home is built and sold. According to a recent study by the National Association of Realtors (NAR), the average new home sale has a total economic impact of $88,416. As outlined in the graphic below, this is a combination of income generated from real estate industries, expenditures, and new home construction. 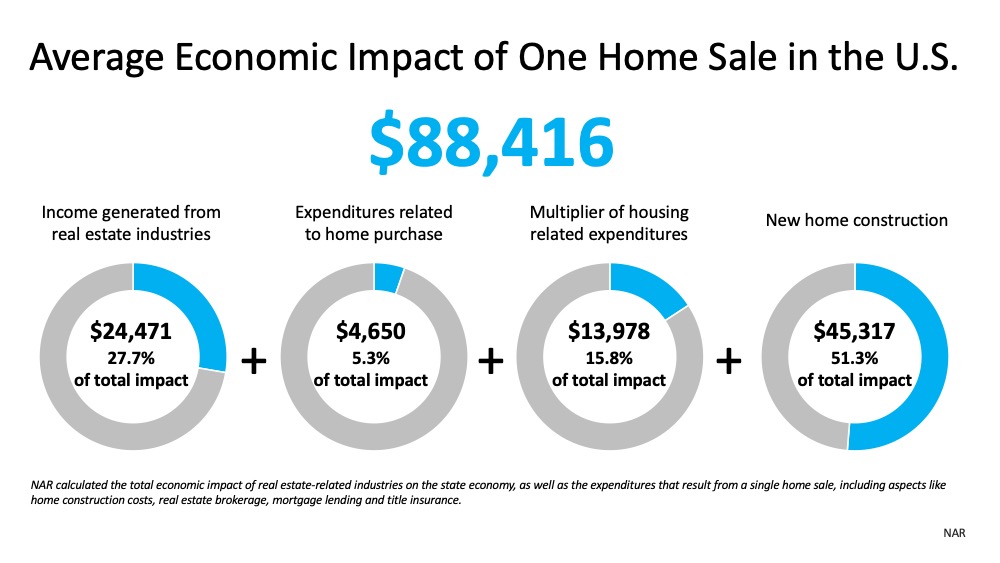 With so many unknowns today, especially in the wake of a worldwide pandemic, one known factor is the bright spark the housing market can play in local and national recovery. Buying and selling a home goes well beyond personal growth and satisfaction – it supports our economy as a whole.

According to experts, the economy will begin to recover in the second half of this year. With real estate as a driver, that recovery may start sooner than we think.